This card was a little more challenging but so much fun to make. I have recently discovered light-up cards using LEDs and I really wanted to create a card where Rudolph's nose shines red. The difficult part was hiding the copper tape and the battery. The card is mostly white so the few red elements including the red nose really pop. It has so many layers that give it a lot of dimension. I am super happy with how it turned out. 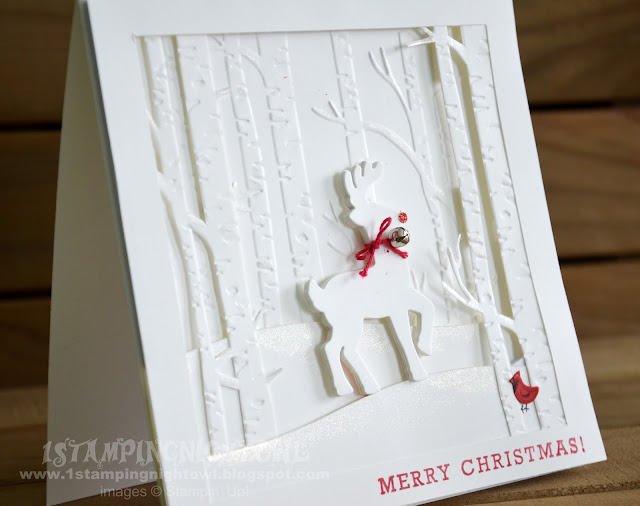 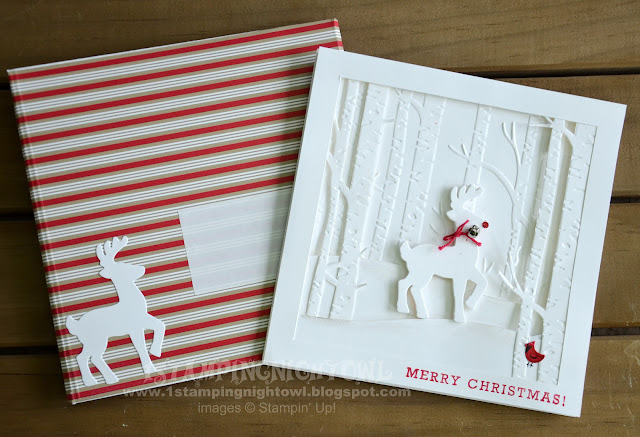 For the little bird I used the tree builder punch and cut a tiny triangle that I glued behind the head to make it look like a cardinal. 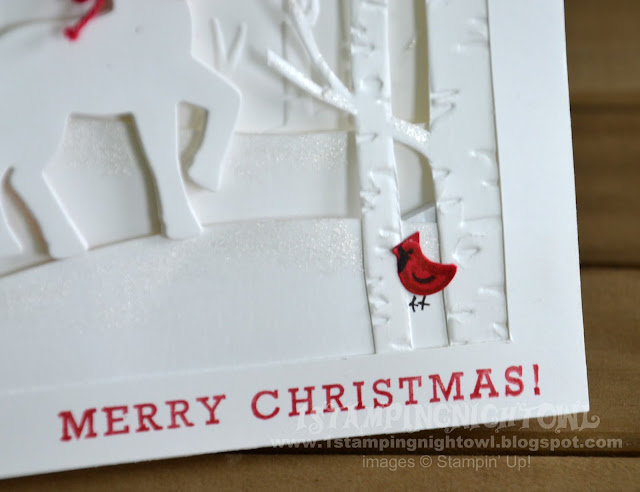 The shimmery effect from the Wink of Stella shows really well on the picture below. The battery switch is under the cardinal and watch what happens if you push on him: 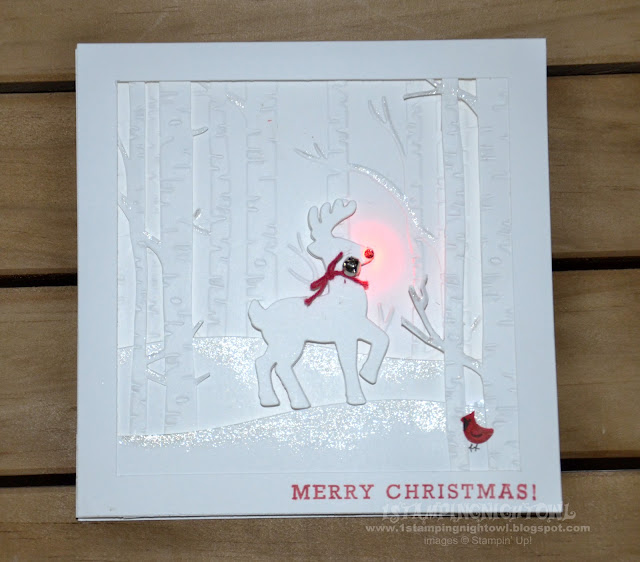 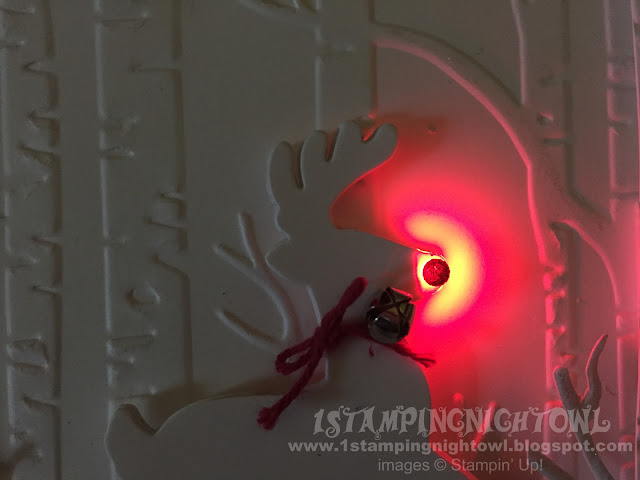 O.K. now let's turn off the lights so we can really see it glow. 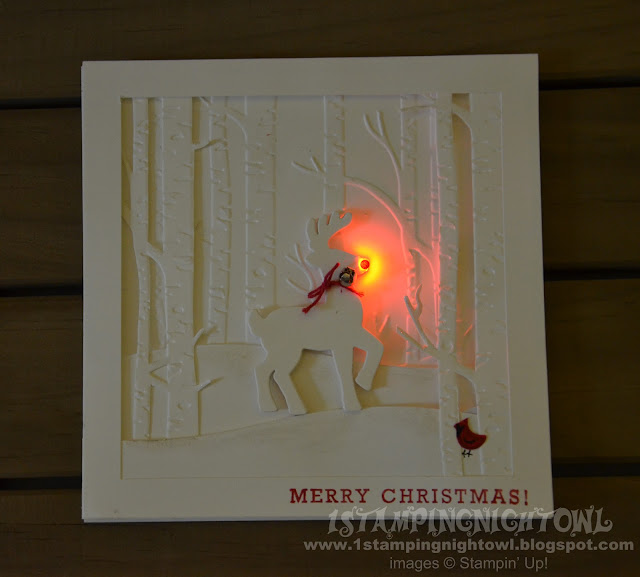 I wish you all Happy Holidays and a Happy New Year! Thanks for stopping by today!

Back in August Chloe Evans made a wonderful Z-fold card using the Santa's Sleigh Thinlits dies and stamps. I totally fell in love with that card and have wanted to case it ever since. See her original post here.

So I finally found the time to play around with it a little bit last week and here is the result. My take on this very creative card. 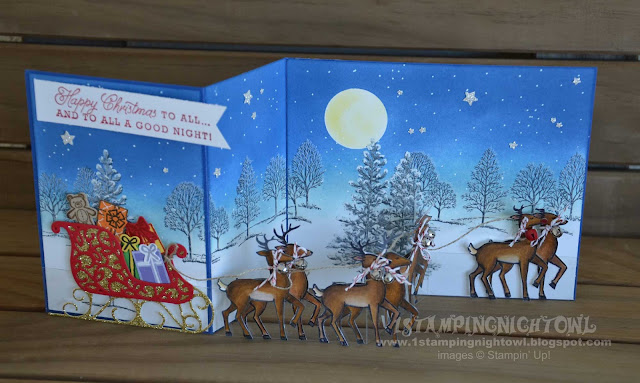 I have always loved coloring and with the coloring books becoming more and more popular lately I have practiced various coloring techniques over the last few month. For the reindeer on this card I used color pencils. 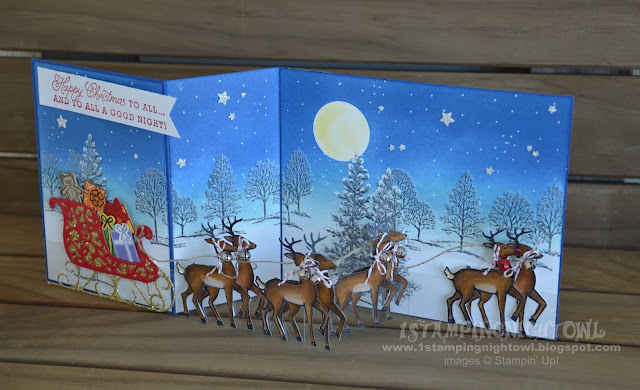 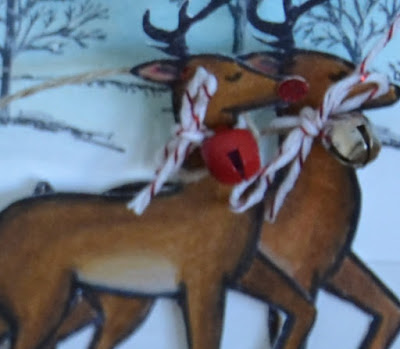 Thanks for stopping by today,

I am MDS certified!

Have you tried My Digital Studio (MDS) for digital scrapbooking?